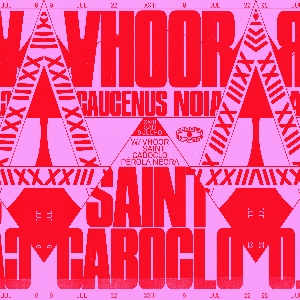 From Miami Bass to Rap and Funk, BAILE is a necessary album to a music scene filled with so much influence from Brazilian Funk. From his bedroom in Belo Horizonte, VHOOR is the mastermind behind BAILE, one of the best albums of 2021.

Saint Caboclo is the head honcho of Dengo Club, one of the hottest nights in Lisbon right now. At the club, the brazilian DJ and producer picks up his brazilian roots and adds hard drummed beats, on a manifestation of his defiant character.

Both artists have a long time link to XXIII through some of the past released compilations.