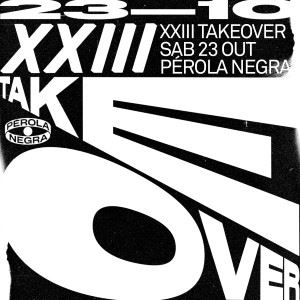 XXIII is taking over Pérola Negra in a club come back.
XXIII is a music label and collective from Porto established in 2015 by Torres and Noia. Their sound universe is dominated by club sounds influenced by the african diaspora – kuduro, dancehall, vogue, dubstep.