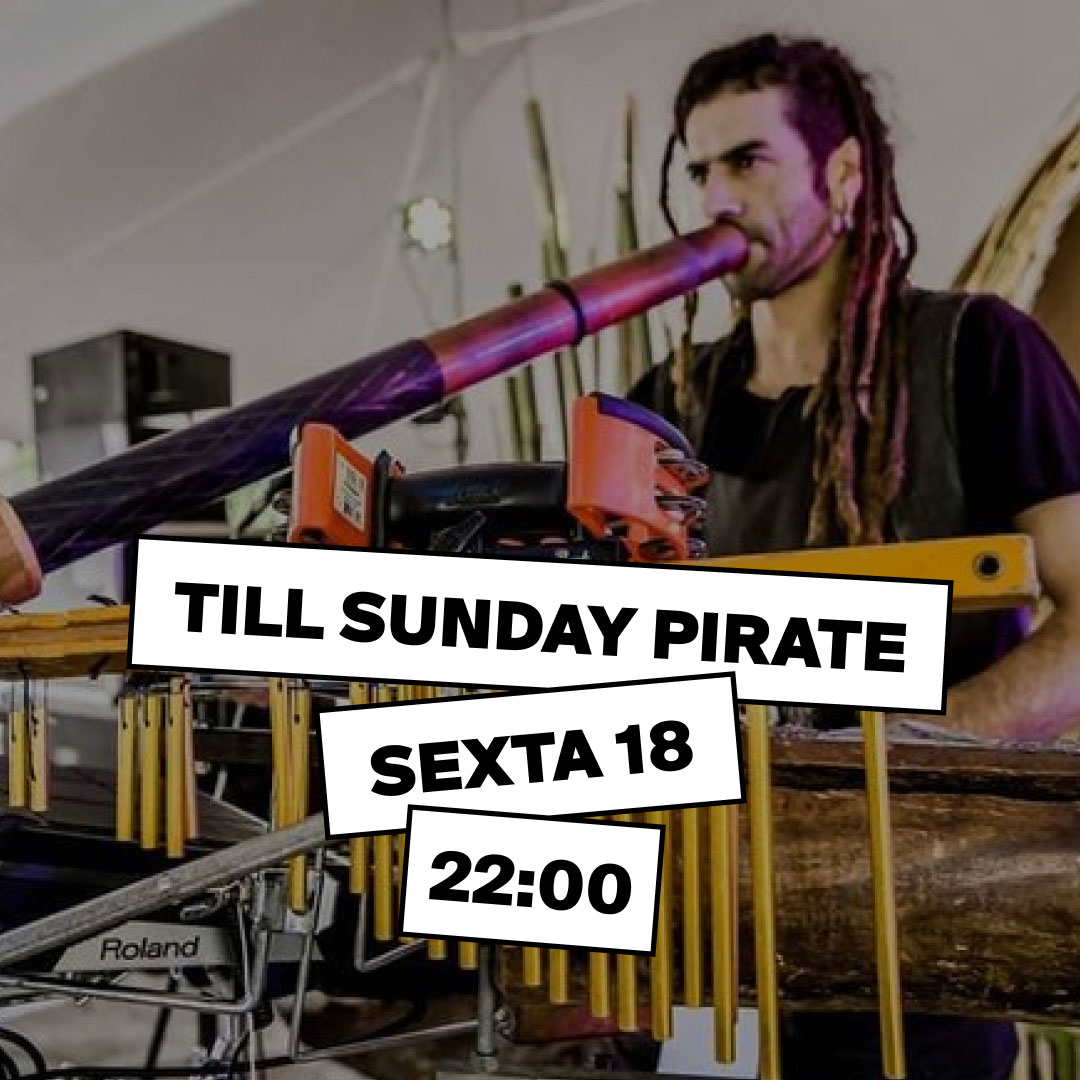 Till Sunday Pirate, the “one man didgeridoo band”. Participating in  several bands in the country such as Rootscaravan,  OliveTreeDance, Blasted Mechanism, Terrakota, Wok de Rui Junior  Tambores, Manel Cruz, Retimbrar, Psayagata, Synaesthetic Magic. Till Sunday Pirate plays several live instruments, a story that is part of all his travels around the world. This year he presents the new single to fans on April 25, “Varanasi Vibes” where he plays Didgeridoo, drums and Indian Sitar brought from India,  from the mythical city Varanasi.

The strongest point of his sound is from studying folk Portuguese music; he now uses traditional instruments from Portugal  like, “Trancanholas”, an ancient  instrument from the north of his country that got lost with time. Also  the Portuguese Guitar that is used in Fado genre. And because he travels often he manages to make a fusion between all these  sounds with Australian, South American and Oriental instruments.