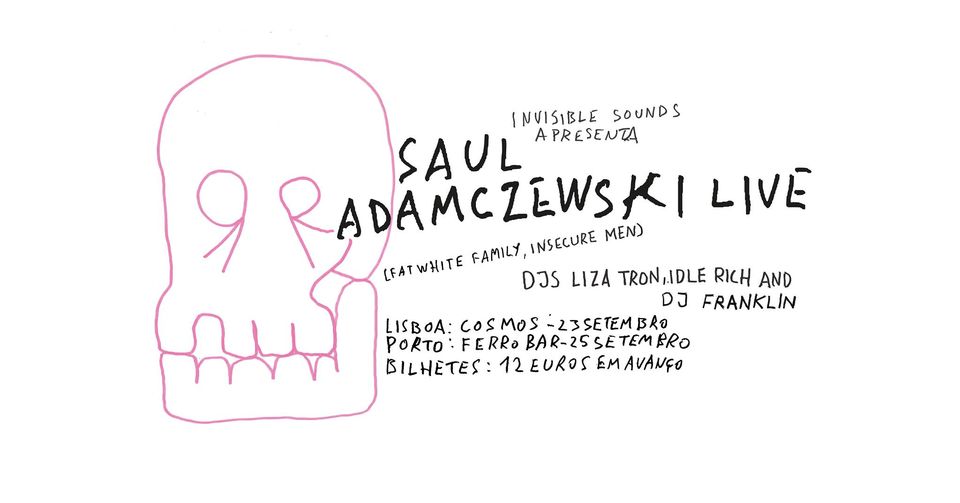 Porto
25.09 (SAB) | 21:30 | Ferro Bar
______________________________
Saul Adamczewski
“Saul’s first band burned bright and fast; appearing – pulling a huge advance that was blown through in seconds in traditional rock n roll style – and disappearing just like that. By the time of his next band he was as hungry as ever, and, with the Fat White Family reanimated once again the rotting corpse of rock n roll – a colour band in a black and white world, a maelstrom raging round a creative centre of Lias Saoudhi and Saul Adamcewski who created songs which seemingly overnight, transformed
from a shapeless mass of noise for the audience to take drugs to, into brilliant tunes. They had clearly sold their souls to the devil – it’s the only thing that could explain their career… and the fact that they have no souls. And as FWF marched onwards, always one step from imploding or from another moment of magic, Saul sought peace and quiet by …. no of course he didn’t, he joined or created or otherwise dived into a number of other projects including Warmduscher, Insecure Men, Moonlandingz… attacking music from every side at once, the next fight will be in Portugal….. you should come and hear it.”
______________________________