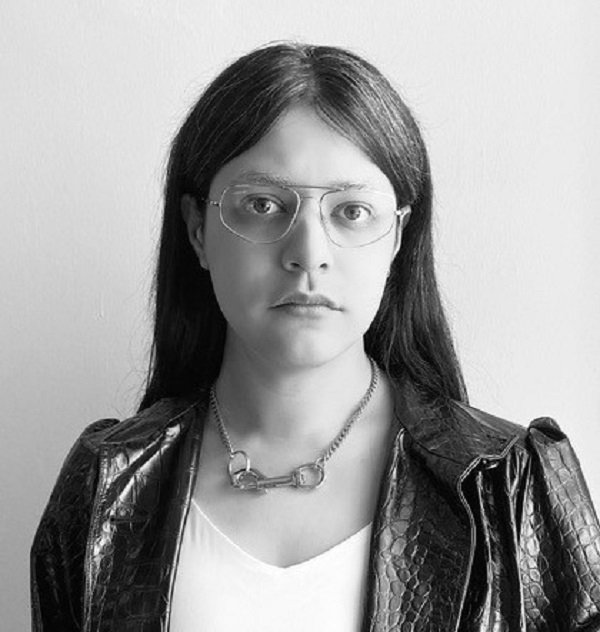 Imogen-Blue Hinojosa – I am not for loving anymore (exhibition)

mala voadora in cooperation with Hošek Contemporary is pleased to invite you to the opening reception of ‘I am not for loving anymore’, an exhibition by Imogen-Blue Hinojosa.
Curated by Petr Hošek.
Opening reception: Friday November 4, 2022, 7-10 PM
Performance at 8 PM
Exhibition period: November 4-13, 2022.
I am not for loving anymore, the first solo show of Imogen-Blue Hinojosa in Porto, Portugal, is a physical and performative reply to ongoing violence toward trans women and sex workers globally. The date of the first public presentation of the works in Berlin in September 2022 marked one year since the death of Ella Nik Bayan, a transgender woman who publicly self immolated at Alexanderplatz, Berlin, Germany. ‘I think many trans women of colour in the community can relate to Ella’s story, we suffer constant harassment and violent attacks’ says Hinojosa about her relation to Ella. This tragedy resonated profoundly in Berlin’s trans and queer community due to its obvious political meaning. Public officials have largely denied this, however, continuing historical patterns of trans exclusion from public life.
This new series of works was created particularly for Hošek Contemporary gallery in Berlin after Hinojosa was awarded the Hošek Contemporary Prize 2022. The work focuses on a long history of connections between cloth makers and sex work. Hinojosa’s creative process uncovers historical cloth making techniques that imbued mainstream public life with the lives of marginalised women and sex workers who suffered to produce it. Hinojosa weaves together this historical erasure of women and what it meant to be a textile craftsperson with the current erasure of trans narratives, recovering and celebrating both the history of these forgotten women, and the experiences of trans sex workers.
The installation consists of three physical artworks – The Severity of Affection, Cocoon I, and Cocoon II, featuring custom handmade leatherwork, handwoven textiles by the artist on her loom, and recycled cloth pieces from trans sex workers in London, Ireland and Berlin. On the night of the opening reception, the artist will perform a self composed text written over the last two years, related to the topics of the exhibition.
I am not for loving anymore is a protest and a love letter. It is a statement and a question at the same time. Inspired from a line in ‘A girl is a half-formed thing’ by Irish novelist Eimear McBride, who recounts the life of the unnamed narrator and her struggles with psychological, physical, and sexual abuse. Hinojosa sees the title as a positioning of resilience. In her own text she writes ‘Sometimes being offered tenderness feels like the very proof you’ve been used. What if? What if this body at its best is only the longing someone else has for it?’
Text © Petr Hošek
https://www.imogenblue.com
mala voadora
Rua do Almada 277
4050-038 Porto
+351 934 152 264
[email protected]
www.malavoadora.pt
www.hosekcontemporary.com
mala voadora is a structure financed by the Government of Portugal / Direção-Geral das Artes, and associated with O Espaço do Tempo. HOME SWAP is supported by Porto’s City Council under Criatório programme.