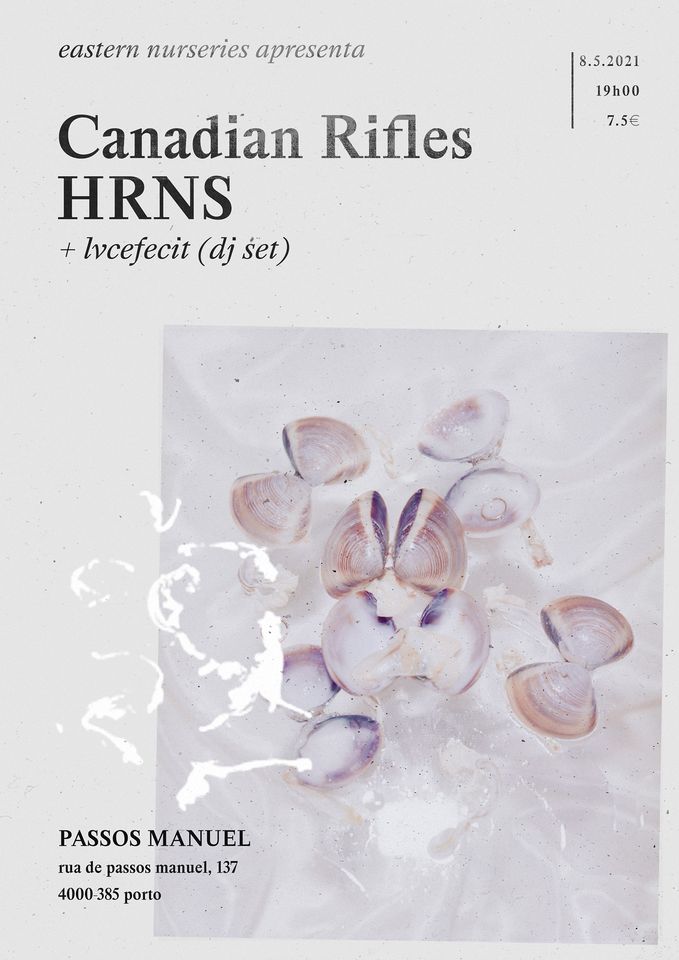 +lvcefecit (dj set)
08.05.2021, 19:00, Passos Manuel, Porto
Entrada: 7.5eur
Bilhetes físicos disponíveis na bilheteira do Passos Manuel em horário de funcionamento. Reservas em regime de pré-pagamento (MBway, PayPal) por e-mail: [email protected]
A lotação do auditório é limitada e o uso de máscara obrigatório.
[english below]
Canadian Rifles
Canadian Rifles is the solo moniker of Porto-based experimental musician Rui P. Andrade. At the helm of the Eastern Nurseries imprint, Andrade’s recorded music is characterized by its boundless sensitivity, with its ability to convey delicate emotions via opulent yet subtle sonic processes. Lurching between heavily textured electronics, alluring melodies and an etherlike sense of fatalism, Andrade’s work as Canadian Rifles doesn’t want to be taken in as a canvas, it demands to be physically affective. As the axiom of the label he runs himself implies: it is music that bleeds, no matter the shape or form.
HRNS
The collaborative project of Rui Andrade & Afonso Ferreira encapsulates a full-blown vision of drone music, one that feels both vulnerable and overwhelming, nebulous, yet assured. Armed with razor-sharp synthesizers, angelic auto-tuned vocals and an abundance of field recordings, HRNS’ debut full-lenght “Naomi” makes reference to everything from the story of the Swedish Swan Lady to Eric Cantona or the painting ‘Boys Bathing at Skagen’ by Peder Severin Krøyer. Lyrically, it expresses a yearning for true intimacy and closeness at a time when we’re all part of in an “internet age shallowness”, slowly pulling us further apart under the guise of interconnectedness.
lvcefecit (DJ)
lvcefecit is Mariana Vilhena – a multidisciplinary artist, delving mostly in the visual and the sound fields. In her sets she explores exactly what she approaches in all of her work – the duality between violence and tenderness. Gentle sounds glimpse throughout a cataclysmic ambience, guiding you to an ethereal dance. 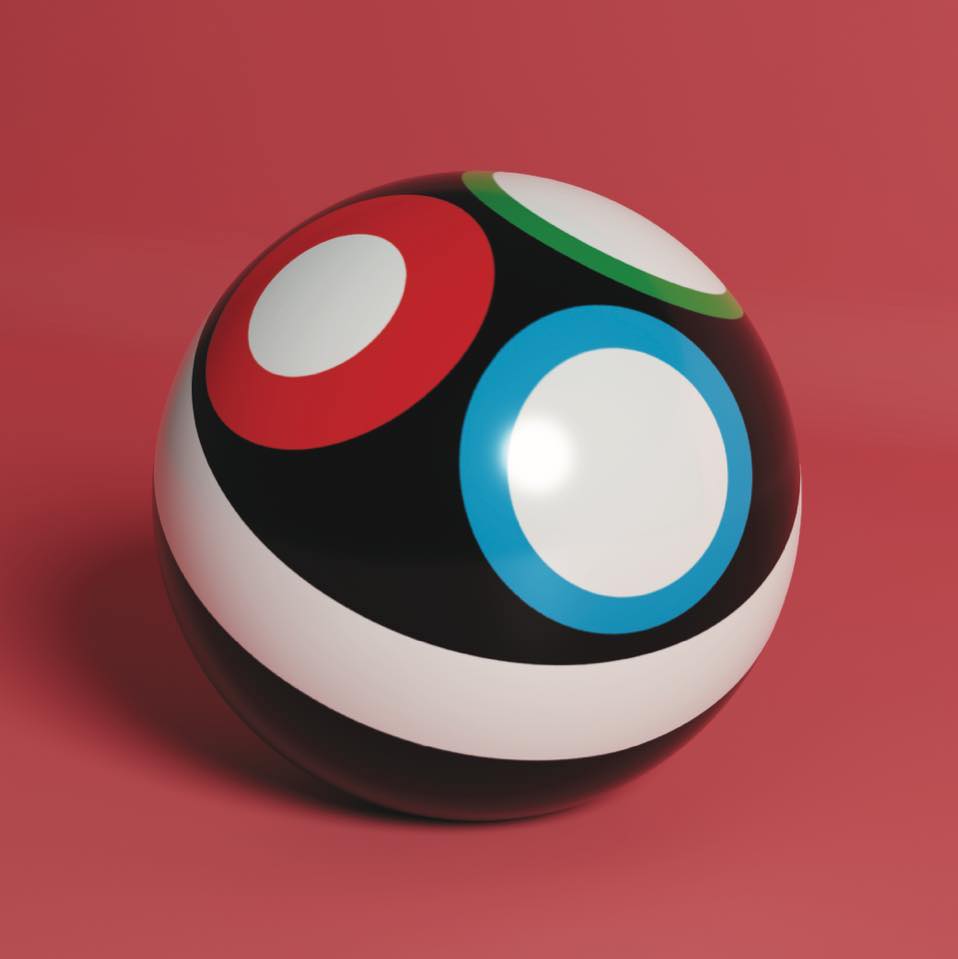